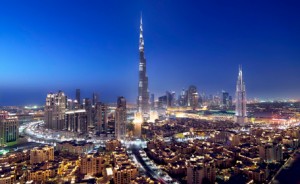 The UAE’s commercial capital and its most cosmopolitan city, Dubai, has been identified as the most attractive city in the world to live in in terms of professional and private life, according to an Insead Alumni survey.

Among 15 of the world’s prominent cities, Dubai topped the list for the best place to work, ahead of others such as New York, Hong Kong, Singapore, London and Paris, and ranking first in economic dynamism, third in overall attractiveness, and receiving the fourth place in quality of life and cost of living.

In the past too, other surveys have consistently ranked the UAE cities – Abu Dhabi, Dubai and Sharjah – among the best cities to live in the Arab World, but the latest survey ranks Dubai as the best in the world, devoid of red tapism, offering better job opportunities, better overall quality of life and competitive salaries.

The latest survey also supports the findings of the 2013 Global Talent Competitiveness Index (GTCI), created by Insead, in partnership with Singapore’s Human Capital Leadership Institute and Adecco, which ranks the UAE ahead of other oil-based economies in the Gulf and the Middle East region for attracting and retaining talent, and 19th globally.

The new study, undertaken for the first time by the Insead Alumni Association France, has recorded and assessed the responses of 835 INSEAD Alumni with international working experience according to four all-encompassing assessments drawn from 30 criteria dealing with professional and private life: economic dynamism (quality of labour, access to funding, etc.), quality of life (sports and cultural facilities, air quality, etc.), cost of living (real estate, dining and entertainment, etc.), and finally, the overall attractiveness of the city (young talent, access to technology, etc.)

“To some it might come as a surprise that Dubai has been ranked as the best place to work globally by the Insead Alumni Association, but for Insead in the region this is not a revelation,” said Miguel Lobo, Associate Professor of Decision Sciences and Director of Insead Campus Abu Dhabi.

“Today’s business leaders and key decision-makers recognise the dynamism of this country, which leads many to choose to live, work and actively immerse themselves in the regional business landscape,” he said.

“As an Insead alumnus and someone who has been working in the UAE for 12 years, I’m not surprised by the survey findings,” said Sam Barnett, CEO of MBC group and President of Insead Alumni Association in UAE.

“Not only do we see larger numbers of Insead alumni coming to work here each year, but more and more are staying for greater periods of time. The excitement of an emerging market and all the perks of an international city make a compelling combination for many people,” he said.

“There are attractive opportunities to build a career with many of the companies that have started here or with the international companies establishing a foothold in the Middle East,” Barnett said.

Yousuf Almulla, Chief Strategy Officer at Dubai Holding, who is a UAE National and an EMBA alumnus, commented on the results of the survey: “It is very rewarding for the UAE leadership and the country’s national and expatriate communities to receive such recognition. All participants in the Insead survey – incorporating 35 different nationalities – have lived and worked in multicultural environments, and still Dubai has topped their preference list as the best city to work in. Our young and talented population is an untapped natural resource: a workforce which with the proper education, guidance and mentorship, can become the future leaders of the global economy and a driving force for continued growth.”

After a half-century of growth and modernisation, and its sustained efforts to diversify beyond oil, the UAE, with a forecasted economic growth of 5 per cent for 2014, has many positive economic elements already in place – including world-class infrastructure, political stability and continued oil revenue. The critical factor for further economic growth and sustainability is the nurturing of local talent in order to create a workforce empowered with the capabilities and skill sets necessary for success in the global economy.