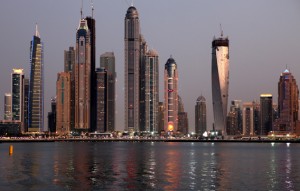 Contrary to popular belief, rents in Dubai and Abu Dhabi are still edging up, and they increased modestly in September 2014 according to data released by Reidin.

This is in line with the results of an Emirates 24l7 poll published last week, where the website’s UAE readers claimed that their rents are on the rise.

Even as most recent reports published by research houses claim a slow deterioration in Dubai rental rates, statistics and public opinion seem to contradict those claims.

According to Reidin, rents in Dubai’s residential market increased by 0.8 points, from 103.7 to 104.5, representing an increase of 0.78 per cent in September 2014. On the other hand, rental prices increased 19.8 per cent year-on-year.

Apartment rental in Dubai increased 0.93 per cent month-on-month and 22.5 per cent year-on-year, Reidin said in its September update.

“My rent has gone up by five per cent. I am fine with it and consider myself lucky as my landlord followed the regulations laid by the Dubai authorities,” Serena S, a reader said.

In their latest reports, MPM Properties and Asteco had recently announced that rents fell in Dubai in the third quarter.